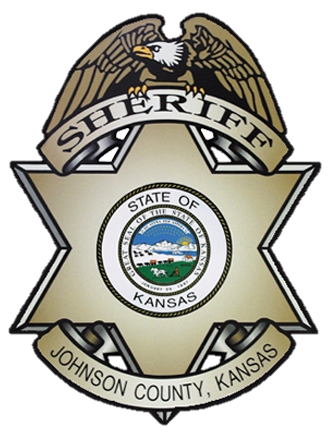 The setup process may take a little bit of time, which is true for any software, but once you get it up and running, the efficiency level is immense. The amount of freed up time to do other things makes the scheduling for my division so much easier.

The Johnson County Sheriff’s Office is comprised of about 600 employees. They currently use InTime for their patrol and their detention division.

We speak with Lieutenant Jon Koch, as he shares his department’s story from past challenges to current day improvements and learnings.

Before InTime, Johnson County used Excel and shared drives for scheduling and overtime management. This manual process resulted in wasted time and resources building the schedule, challenges in accurately portraying shift hours for timekeeping, and unnecessary delays in filling overtime.

BUILDING THE SCHEDULE TOOK HOURS AND HOURS OF WORK

In order to create the schedule for the upcoming year, Johnson County had to begin months before year-end. They experienced countless times where, due to formulas getting lost, they would have to constantly rebuild the schedule. Creating the schedule was an eight-to-10-hour process that hindered officers from their other tasks.

“Formulas were getting erased; things were getting changed when they shouldn’t…it just wasn’t functioning like it should” – Lieutenant Jon Koch

ACCURATE PORTRAYAL OF SHIFT HOURS FOR TIMEKEEPING WAS A CHALLENGE

The patrol division has overlapping shifts to accommodate holdovers or officers coming in early. And with Excel, it was a challenge to accurately trim those hours, creating complications for timekeeping.

Before InTime, Johnson County would share schedules from one division to another using SharePoint. And it was through phone calls that they would communicate if there were any open shifts that needed to be covered. However, with multiple people trying to access the file at once caused the file to constantly crash. And if someone forgot to log out, the file would be automatically locked until IT went in and resolved the issue. This resulted in changes getting lost, further delaying the process of filling overtime. And without an automatic overtime posting process, Johnson County would be bogged down with mandating overtime the month prior in order to manage their overtime for the subsequent month.

“Between the amount of time supervisors spent trying to manipulate the schedule as well as try to get overtime filled equitably. It consumed a large amount of their time.” – Lieutenant Jon Koch

After constant years battling the challenges of a manual process, Johnson County decided it was time for a change. After purchasing InTime in 2020 for the detention division and shortly after the patrol division, Johnson County experienced a multitude of benefits which has helped their sheriff’s office become more efficient.

“Once I saw what InTime could allow me to do, it was clearly obvious that this was the way to go” – Lieutenant Jon Koch

With InTime’s ability to create templates, Johnson County spends a fraction of the time building the schedule. Once the template has been created, with just a couple of clicks, they’re able to have next year’s schedule loaded and set. In addition, the time spent managing the schedule has decreased from two hours a day to only 10 minutes a day, allowing staff more time to focus on other tasks.

“After I came back from vacation, I had 22 vacation requests and I was able to process and post those vacation requests in roughly an hour. Before, that would have consumed half of my day if not more.” – Lieutenant Jon Koch

PROCESS FOR PATROL AND DETENTION ARE STREAMLINED UNDER ONE SCHEDULING SOLUTION

As a sheriff’s office, there are scheduling differences between the patrol and detention division. The first being that the detention division uses a bidding process, by seniority, every four months while the patrol division rotates shifts every eight weeks. To serve this, they have incorporated the Shift Bidding module from InTime, which has created efficiency in their process.

On the patrol side, InTime was able to trim the overlapping hours, allowing for an accurate timekeeping process.

Overtime management with InTime is much more simplified. Staff across divisions can view and manipulate the schedule, eliminating the technical difficulties experienced before. Filling overtime has become a breeze, with InTime’s web, mobile, and email notifications. Staff can now post overtime shifts, receive overtime postings, and sign-up right through their phone. By allowing staff to sign up for overtime shifts, Johnson County can enter in their overtime for the entire year and InTime is able to fill 75-80% of their voluntary overtime at any given time throughout the year, reducing the need to mandate overtime. This has eliminated the need to spend 45 minutes to an hour at the beginning of every month trying to assign overtime shifts for the subsequent month. By doing so, staff have much more freedom in planning their lives instead of being called for overtime with short notice.

And lastly, by using one tool to schedule both detention and patrol, Johnson County can now appropriately track overtime between the two divisions.

The deputies love it - they can see the schedule, put in vacation requests right from their phone, OT postings and approvals are also sent to their phone. And they can also see who's working on any given day at any time.

Curious to know how this
works for your agency?