The Lost Inmates and Mistaken Releases Of The Baltimore City Jail

I represented the largest branch of state government in Maryland, as well as the largest criminal justice organization in the state. The state assumed control of the Baltimore City Jail in the early 1990’s to relieve the city of a significant financial burden.

The Maryland Department of Public Safety (consisting of twelve law enforcement and correctional agencies) was the lead entity in the takeover. I was the Director of Public Information. Never in my wildest dreams did I ever expect that this change would produce massive media exposure. Upon the assumption of the old city jail (an ancient structure with origins in the early 1800’s), we discovered scores of inmates (over 90) being held beyond their legal time. The media dubbed them the “lost inmates” of the city jail.  We were processing up to 50 media inquiries per day.

Considering that the problems belonged to the city of Baltimore, there were no negative implications for my agency or the state. Unfortunately, that would change in time.

When the state took over the jail it decided to erect a state-of-the-art building costing tens of millions of dollars and employing the latest technology adjacent to the old facility. The structure (referred to as Central Booking) was devoted to processing every person arrested in the city of Baltimore, as well as providing additional jail space for those not released after arrest.

The information system that accompanied the new jail was designed to positively identify (through fingerprints) all those arrested to connect them to outstanding warrants for other crimes or with fingerprints left behind at unsolved crime scenes. Their fingerprints were taken and analyzed by computers.

We could immediately identify the suspect via fingerprints instead of waiting weeks or months as it was under previous systems. We thought that this new technology would “apprehend” many criminals that other jurisdictions would have released because most offenders do not carry identification or lie about their names.

The system turned out to be far more successful than we anticipated. We ended up processing over 20,000 criminals each year for new crimes and warrants beyond those that brought them into the booking center. For example, the Baltimore City Police would arrest someone for urinating in public, and upon processing; we would discover that the individual was wanted for robbery. We would book someone for burglary and discover that their fingerprints were left behind at an unsolved violent crime scene.

Undoubtedly, you would believe that all of this would produce positive publicity for my organization. You’re right. It did up to a point, but after the initial reports of apprehensions, the media attention died down. The 20,000 additional arrests plus increased aggressiveness on the part of the city police resulted in 90,000 bookings per year. We expected to process only 60,000 arrests during the early years of the structure.

We were overwhelmed. We did not have the staff, space, or the procedures to process 90,000 bookings. We started to make mistakes. We started to release criminals from the building before we were supposed to.

How Many Criminals Can You Mistakenly Release?

Defendants who were supposed to stand trial for serious crimes were improperly discharged. We released the names and descriptions of the erroneously released offenders to the media, as well as the circumstances behind the discharge.

The first two erroneous releases were embarrassing. The third or fourth erroneous release was painful. The fifth, sixth, and seventh mistaken release became dangerous. Those that quickly followed were a nightmare. It seemed as if we were a daily part of media coverage. It became a media hell.

We could have blamed the problem on the numbers of people processed and the lack of resources to deal with such a vexing issue. We did point out the irony of an information system designed to serve warrants on offenders working too well. But the bottom line of the issue was the public’s safety and that we were jeopardizing rather than protecting it.

What was our media strategy throughout this sordid series of events? From the beginning of the state’s takeover of the city jail and the implementation of the state-of-the-art booking center, we employed a media-friendly commissioner of the new Division of Pretrial Detention and Services.

Under the city, a warden who did not have the best relationship with the media ran the old jail. I advised the incoming commissioner that it was vital that he became everything that the old warden was not. Throughout the implementation of a new division, the commissioner was accessible, friendly, and constantly cooperative. The media was given unprecedented access. The commissioner also recognized the value of publicizing bad news first, before it leaked. The gave him considerable credibility with the local media.

There was a positive account in our credibility bank, which was a good thing because we were about to make a major withdrawal. Regardless of how much it hurt, we publicized every mistaken release. Those that were inside (and outside) the organization who were angry at the never-ending flow of negative news.

Some of those released were small-time lower-level offenders who were charged with minor crimes. We or other law enforcement agencies could easily apprehend them. The Smoke Blowers argued that the release of information about these offenders was counterproductive. They insisted that it served no purpose to publicize mistakes when there were no public safety issues.

They were correct to a degree. Some of these offenders were small fish. But I believed that this thinking was dangerous. I argued that we had worked very hard to establish an atmosphere of honesty and openness regarding the new division. Up to this point, news organizations were treating the story fairly. So far, the narrative had not moved from incident to policy issue. So far, journalists accepted the fact that we were partially responsible for our own problems by a large number of warrants served and a new aggressiveness by law enforcement.

For example, let’s assume that our detractors were successful in stemming the flow of the story, and we only provided information on “dangerous” offenders mistakenly discharged. Who is going to assume that each and every one of these lower-level offenders would not suddenly turn into a dangerous individual? Who is going to guarantee me that our assertion of “minor” criminal will not come back to haunt us?

Under these circumstances, I would guess that the media would stop providing us with the benefit of the doubt. All it takes is for one journalist to get the ball rolling for all others. If we were brutally honest with the media and the public, we assumed that we had a better than even chance of straightforward, objective news coverage.

Our media policy never moved beyond simple honesty and accessibility. We gambled on the fact that we were honest people doing an honest job, and we were taking every possible step to correct the problem.

We did every interview. We took every phone call. We took the media inside so they could take pictures and get television footage. We gambled that a straightforward approach would keep the issue in its proper context without jeopardizing our leadership and the larger organization.

The gamble paid off. News coverage was fair and accurate. Although they could have gone for the jugular, they did not. It would have been very easy for journalists to beat up on us. They exercised restraint.

Not that I wasn’t scared half to death. When we were into our eighth and ninth mistaken release, I spent hours riding through the countryside adjacent to the city wondering when the media would turn. “When are they going to attack,” I asked myself? They never did. To this day, I am fully convinced that it was our relationship with the media and an honest, simplistic strategy that save the day.

We decided to break bad news early and often. There were no investigative media reports. There were no surprises from news organizations. As strange as it may sound, we controlled our own negative media. We kept news organizations in the market so busy with our own efforts that there was no need for a brutal examination of policy. We admitted fault when it would be easy to blame everything on unanticipated demand. We told everyone what we were doing to end the problem. We survived an extraordinarily difficult ordeal through sheer honesty

Won’t Work in My Market

I assume that many readers will suggest that such a policy will not work in their area. The issue of a candid, proactive release of negative news is probably one of the most discussed items of public affairs officials. I think it is safe to say most spokespeople I have talked to believe that this approach works.

Sometimes, unannounced negatives seem to hang over your head forever. You never know when they will surface. It becomes difficult to plan anything without worry that the endeavor will trigger unanticipated revelations. It is even possible that someone could hold the organization hostage by threatening to reveal the information. Sometimes it’s simply better to get it done and over with by carefully going public with negative news. I do not believe that the uniqueness of the market is the driving force behind this decision. I believe that this is a sound and fundamental approach to dealing with troublesome issues.

Leonard Sipes has a post-Masters graduate degree from Johns Hopkins University, is a part-time Associate Professor, and a published author of the incredibly successful book, “Success with the Media.” His extensive knowledge and background allows him to offer insights into media relations that are incredibly valuable and unique . You can find out more about Leonard Sipes on his personal website, or check out his professional website, “Crime in America.” 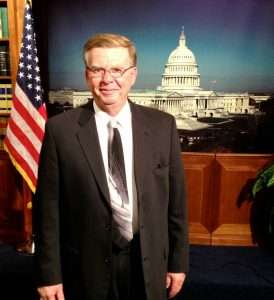