Why Correctional Staff Should Watch Out for the ‘Model Inmate’

Gary Cornelius is a retired Lieutenant & Professor at George Mason University. Lieutenant Gary F. Cornelius retired in 2005 from the Fairfax County (VA) Office of the Sheriff, after serving over 27 years in the Fairfax County Adult Detention Center. He is a multi-published author and has performed training and consulting for the American Correctional Association, the American Jail Association and the National Institute of Justice.

In the over 27 years I worked inside a jail, I met many different types of inmates, both good and bad. Some wanted to just do their time and leave; others just continued their criminal lifestyle within the confines of jail. I got along with many and treated them with respect. Nevertheless, I never would have described any of them as ‘model inmates.’

Webster’s Dictionary defines model as “an example for imitation or emulation”. Webster’s Thesaurus says that synonyms for the word model are ideal, flawless, impeccable and perfect.

At times, viewing something as a model is perfectly all right, such as a model home or model car. However, for us who work in corrections, it is different. If a correctional officer (CO), jail deputy, prison officer, probation/parole officer (PO) or counselor views an inmate as a ‘model’ inmate, common sense objectivity may be lost. We can play right into the inmate’s hands. Some offenders are good actors.

For eight years, I was a jail programs director. I saw inmates take advantage of their time and attend programs. Many received their GEDs, obtained sobriety and worked to achieve a law-abiding lifestyle.

I also worked in work release. I wanted inmates to ‘make it’ and not return to jail. The best example was my son’s friend, who after high school became involved in drugs. He successfully participated in the jail’s substance abuse program and then work release, and the last I heard from him, he was doing fine.

Many inmates find their way, and many do not. In corrections, however, we must be cautious. I frequently heard from inmates ‘Oh lieutenant, I have changed!’’ At times, this ‘change’ was right before court and sentencing. Sometimes they would be released, only to return a month later, on new charges. Nevertheless, I never gave up my positive attitude.

There are two inmate groups in jail. The first group size up staff. They observe who is thorough in their duties, who takes time on a search, who is lazy, who is easily distracted, etc. Many inmates want to do their prison time as comfortably as possible and use manipulative tactics such as feigning romantic interest in a staff member or offering cash incentives for staff to smuggle in contraband. An example of this is the New Orleans jail scandal. Video was released to the media showing inmates with a stash of pills, drinking beer, injecting drugs and holding guns. All from within the jail. It was clear from this video that the correctional staff had lost complete control over their facility and its inmates.

However, not all inmates are scheming manipulators. They comprise the second group and will attend programs, cooperate with staff and stay out of trouble. Change is hard; this group does the ‘heavy lifting’. A rewarding part of my career was seeing inmates complete programs, get clean and sober, and then encountering them in the community as productive citizens.

It is important to remember that these two groups of inmates intermingle with each other. They can influence each other. The manipulative ‘model inmate’ may act very amicably with the staff in hallways, work areas and in programs. That does not mean they behave like that when you are not watching them.

Manipulation and the ‘Model Inmate’

Correctional staff must always have a dose of ‘healthy skepticism’ when dealing with inmates. Manipulative inmates want to control or change a situation (i.e. housing assignments, obtaining contraband). They will do anything to get what they want. This includes telling lies, embellishing false stories and ‘buttering up’ or bribing staff. They may also resort to acting as if they are open to reform and truly want to change. All this is used to achieve a desired end such as escape.

An example of manipulative inmates getting what they wanted happened in 2015 in the Dannemora, New York state prison. Both a civilian and a veteran correctional officer mistakenly viewed two ‘lifers’ as reformed inmates and showed favoritism to them. One of the staff members and an inmate had a sexual relationship, contraband was smuggled in, and a jail breakout occurred.

A Fresh Look at the ‘Model Inmate’

According to Dr. Stanton E. Samenow, clinical psychologist and criminal behavior expert, the model inmate can be described as “the consummate actor.” They are contemptuous of staff but knows that by playing up to them, ‘brownie points’ can be scored. He or she will not confront staff or argue with them as there is little or nothing to be gained. While the benefits of ‘playing along’ are endless. Life inside is easier. Good time off a sentence can be earned, as well assignment to better work details.

Based on experience, I have some advice for staff:

Do not lose objectivity: we want inmates to succeed. That is corrections. Observe what they do and how they act, and not so much what they say.
Remember the ‘pull of the street’: You do not know if the inmate is really a good person or not. With some inmates, their loyalty is to the street and their fellow inmates and not to any sense of decency. Try to help inmates, encourage them to take part in programs, and reward them with praise if they do well, but always follow procedures.
Use universal precautions: Always assume that an inmate may have an ulterior motive.
In closing, I do not use the term ‘model inmate’. If an inmate earns my respect, fine. However, always remember who they are, who you are, and where you work.

Gary Cornelius has also been a professor in corrections courses for George Mason University since 1986. He has performed training and consulting for the American Correctional Association, the American Jail Association and the National Institute of Justice. And, Gary is a multi-published author of several books about corrections, including: The American Jail: Cornerstone of Modern Corrections,The Art of the Con: Avoiding Offender Manipulation and The Correctional Officer: A Practical Guide Third Edition. 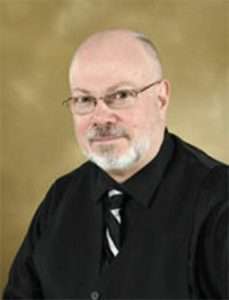