It takes a special kind of person to be willing to put themselves in harm’s way every day. And for CAL FIRE firefighters, they always know that there will be wildfire, it’s just a matter of time. Last year, the 2017 California wildfire season “was one of the most destructive wildfire season(s) on record,” only to be beaten out by this year’s. Those who handled the complete rampage of the 2017 fires are doing it again this summer – bravely and constantly. As of August 27, 2018, the wildfires have been the largest in modern Californian history. More than 140,000 firefighters have continuously worked to battle these fires.

It is important to thank these men and women for their dedication, selflessness and hard work. Without them, these fires would terrorize and possibly take even more homes and lives. Last year’s fires claimed the lives of a civilian and one firefighter.  This year to date, we have seen fourteen people, including five firefighters, killed. CAL FIRE has lost three of its own: Braden Varney (Firefighter/Equipment Operator), Don R. Smith (Firefighter/Bulldozer Operator) and Andrew Brake (Heavy Equipment Mechanic). These are real people, with families and loved ones, behind the tragic statistics.

The New York Times published an article outlining just how dangerous these fires have been. The state of California has seen 15 out of its 20 most dangerous fires since the year 2000. The article outlines that the reason for this drastic increase is direct human involvement in a natural fire cycle. Humans are contributing to these fires in a variety of ways, including: “sparked power lines, debris burning, campfires and arson.” 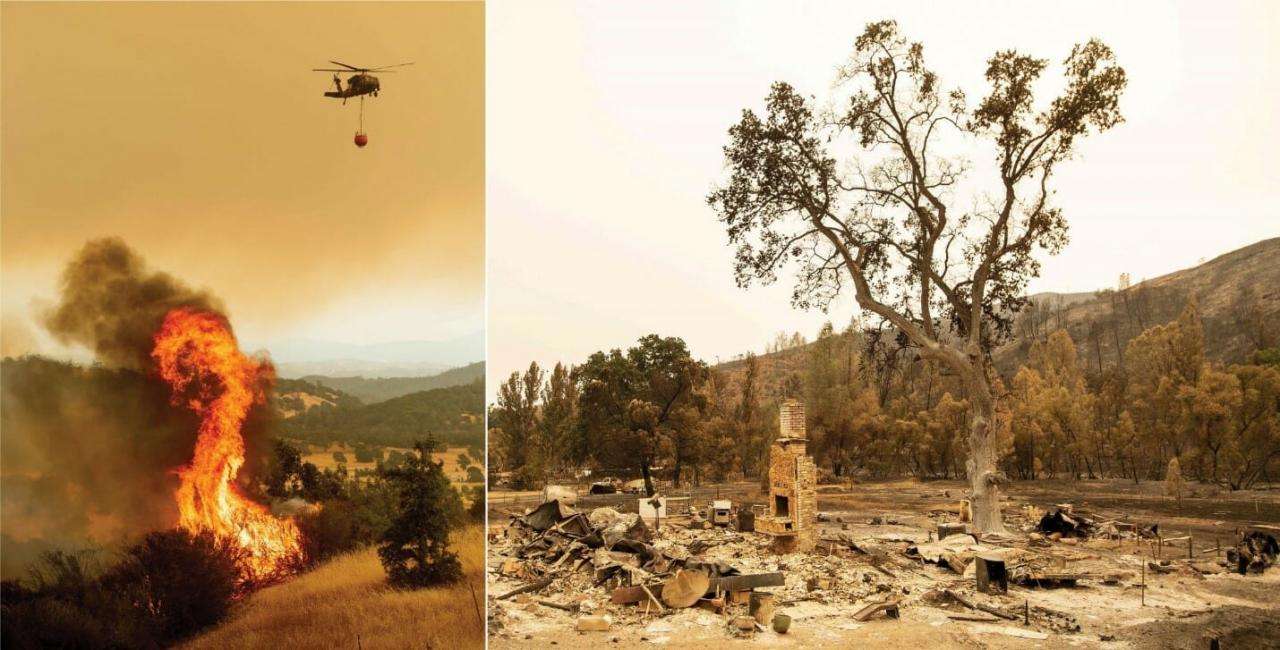 Why Do Firefighters Do What They Do?

During the wildfires in 2017, a photo surfaced of a crew saving an American flag from the fires. Stories like this are not uncommon, as firefighters continuously shock the public with their brave spirits. With fires blazing through California, 98 firefighters from 29 different fire departments in Texas are willingly going to fight the battle side-by-side with their California counter-parts. The assistance crosses international borders too, as Australia and New Zealand have sent their firefighters to help.  A heart-warming example of heroes from around the world coming together and acting selflessly for the safety of everyone – not just their own citizens. 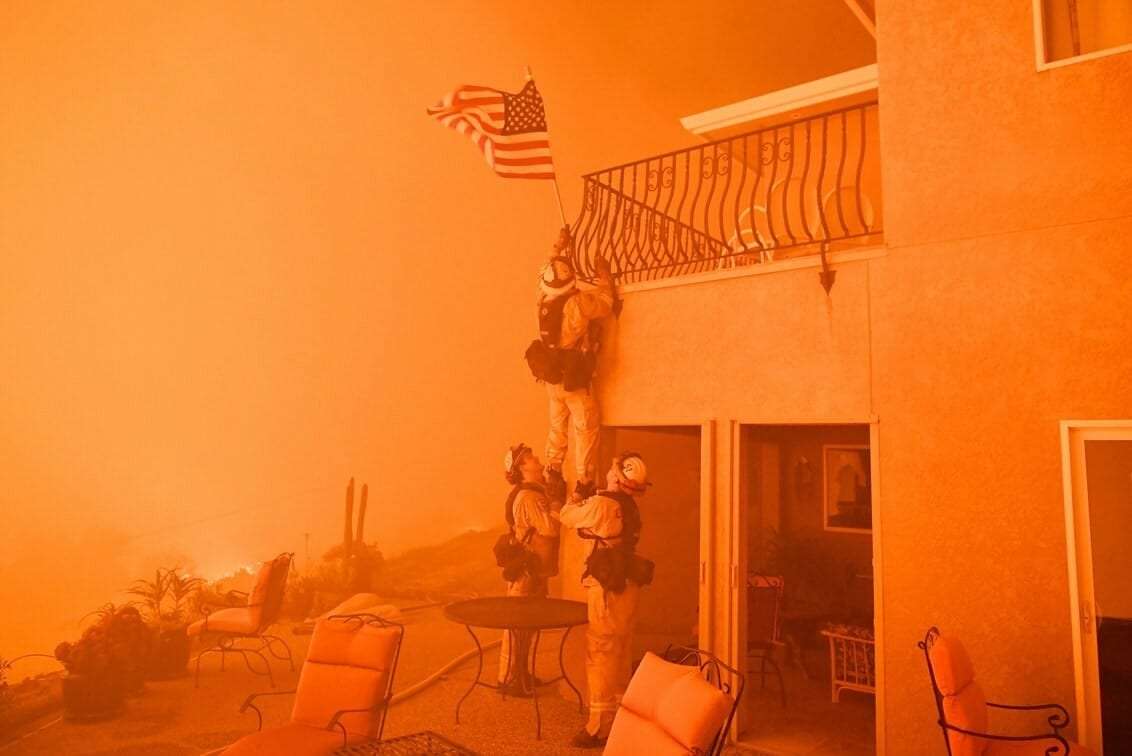 One hero came to our attention from an article published by The Daily Beast. The Daily Beast featured LA Fire Captain Mark McCurdy, who was present at the Vegas shooting and had a bullet nearly miss him. Unfortunately, his sister-in-law was hit, and after getting her and his wife to safety, McCurdy ran back into the danger zone to help look for another fire captain’s wife. Thanks to his bravery, they all made it home safely that night.

The story continues three weeks later when McCurdy was fighting the 2017 Thomas fire, that ravaged over 280,000 acres of California, with thousands of other firefighters. During the weeks spent fighting the fire, McCurdy missed out on a return trip to Vegas with his friends and family, he missed seeing his wife and kids for weeks, but he carried on with his duty. Sadly, his fellow firefighter and friend, Cory Iverson, died on duty from smoke inhalation during the fight. Despite this, Mark carried on knowing full well the risks they were all taking.

McCurdy survived the 2017 ravage fires and returned to his family. His endless list of sacrifices continues as he, last winter, took on working Christmas day, allowing other firefighters to spend time with their families. When being interviewed about this, he only expressed gratitude that he would get to spend time with his daughter for Christmas Eve. McCurdy is an extraordinary man who continuously puts himself in danger for the safety of others. It is important to highlight the names and stories of our firefighters to remind ourselves of all that they do for us. To put a name and a story behind each firefighter reminds us of  the sacrifice they make for us every time they go to work.

What Can We Do?

There are a few things that we, the public, can do to help:

We are thankful for these women and men that put themselves in the line of danger so that we won’t have to. You are in our thoughts and we hope that you all make it safely home to your loved ones tonight.