Succession Planning: How to Manage Change in Your Agency

Succession planning isn’t just for developing a deep bench of personnel to choose from when employees leave critical positions within an organization. It is also an important consideration when moving employees in and out of positions that have responsibility for programs within your organization. Employees responsible for hi-tech or complicated processes within the organization can be especially difficult to replace because of their unique skillset and experience. As a leadership exercise, succession planning should become a point of consideration not only during strategic planning sessions, but also during day-to-day operations where you have the time to ensure staff receives exposure to tasks and duties of others within the agency.

With the advent of cloud-based programming, agencies now need to depend far less on IT departments as system management now goes to an in-house person who have operational knowledge and training on the program to manage all aspects of set up and use. Those individuals typically become what we consider the “champion” of the program.

At my agency, I was lucky enough to work for a forward-thinking leader who started talking about the need for succession planning as we had several individuals who could retire in the foreseeable future. The Chief insisted that we view all aspects of our program as one in which lessons could be taught, and experience gained to ensure not only a well-rounded organization but to also ensure we were cultivating our future leaders and program managers.

In developing our Sergeant’s assessment center, we not only put the potential sergeants’ through daily tasks normally associated with the job, we also conducted pre-assessment training for those interested. One area we were sure to offer training in was our scheduling system. While the officers knew of its capabilities they did not have access to use the program beyond their own self-service portal. By offering this training and including the actual use of the scheduling program in our assessment center we were guaranteeing the promotion of well-rounded supervisors.

As my retirement was announced, it was noted that my leaving would create several vacancies that needed attention. Besides the obvious one as a member of command for the organization, I was also responsible for many ancillary duties that needed a new shepherd. Most notably, the program that had the biggest impact on the day-to-day operations along with payroll, budgeting, and reporting was our scheduling system from InTime.

In my example, my Chief took the extraordinary step of allowing early promotion for all levels of the organization affected by my leaving, and the assignment of my replacement to work with me for nearly a month and a half prior to my departure. This ensured that my replacement received more than just a quick overview of the various tasks I had to perform. I was able to conduct hands-on training, mentorship, and oversight of issues, allowing my replacement to learn and cement his own working knowledge of the program.

While any change in an organization is hard, managing change through solid succession planning will help create an environment where success will be the norm.

Ricky has over 30 years of experience serving in the police force and is an active member of the FBINAA community. Since retiring from the Tigard Police Department, he has worked at InTime helping other police departments solve their complex scheduling requirements. 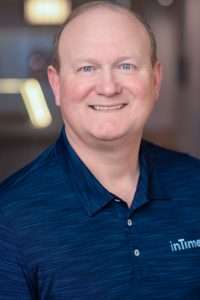