Why are Our Firearms Going Missing?

During my police career I can recall reading numerous reports of missing equipment including firearms. Cops were having their handguns and Tasers stolen, sometimes right out of the glove compartment of their cars, it even happened at my agency a couple times!

Stolen firearms often aren’t reported for months and usually result in just a slap on the wrist. In fact, officers were not reporting it, not out of fear of being reprimanded, but because of embarrassment. 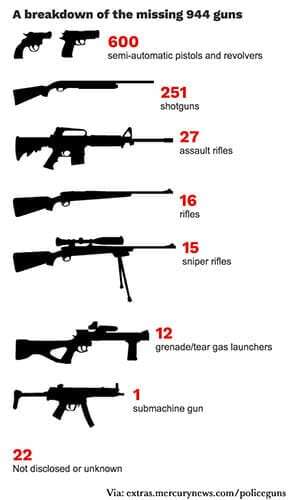 This is why it comes as no surprise to me when reports from local media teams found that Bay Area cops had lost 944 guns since 2010; an average of one every other day and with only 20% of them being recovered. Keep in mind that this number only accounts for reported cases, the actual number could be much larger. Also keep in mind that we are not talking about just handguns; shotguns, assault rifles, snipers, tear gas launchers, 12 grenades and a sub-machine gun were among the reported missing. With many local departments not auditing their weapon inventory it is hard to estimate the actual scope of this issue, but I can guarantee you that as a nation we are not looking so great.

Why should we be concerned? These guns are not being put in the hands of responsible gun owners. They are being sold on the black market; being found in the hands of felons; making their way to the other side of our Southern border and in the worst cases they are involved in homicide. 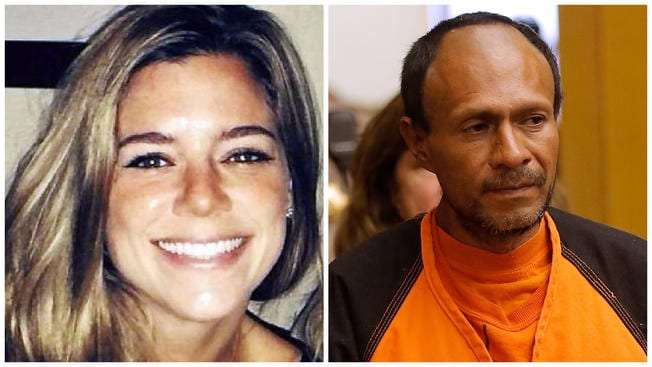 Kate Steinle was shot by a homeless illegal alien while walking with her father on San Francisco’s Pier 14. The 0.40 caliber handgun was later found and traced back to a missing firearm from a federal park ranger.

The prominent and often cited case of Kate Steinle comes to mind. Kate was shot by a homeless illegal alien while walking with her father on San Francisco’s Pier 14. The 0.40 caliber handgun was later found and traced back to a missing firearm from a federal park ranger. In spite of the large media frenzy, nothing has been done to address this issue.

So what steps can we take at an individual and department level to address this problem?

Many officers can probably remember a time when they were carrying their firearm, but are found in a location or situation where they are prohibited from carrying a gun or can’t safely secure it.

What do they do? Probably put it under the front seat, the middle console, or in the glove box. A colleague of mine once forgot that he put his gun in the glove box and left the car out all night in front of his house. The car was broken into and the weapon was stolen. It only takes one time for something like this to happen to endanger all of us.

The lesson of this story is to plan your day ahead of time. If you know you are going to be going somewhere where you can’t carry your gun, make sure you give yourself enough time to make a pit stop at home or at your department. Plan your route around your schedule and never put yourself in a situation where the safety of your gun is compromised.

If it’s just not feasible for you to stop at home, then consider purchasing an under-seat car safe. My top choice for gun safes would be the GunBox, which features biometric and RFID access and a separately sold car adapter. The advantage of the GunBox is that fingerprint entry allows you to quickly gain access to your gun in emergency situations, but makes it impossible for anyone else.

If someone decides to steal the entire safe outright, they are still going to have an extremely difficult time getting access to your firearm. The GunBox retails at a hefty $320, so if you are on a budget consider these other options: 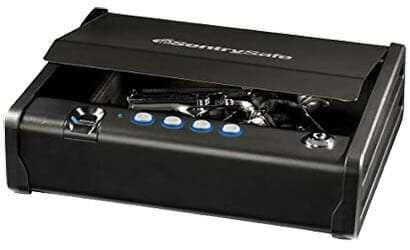 Also a biometric safe, but not as slim a profile as the GunBox. At $200 and with high user ratings you are getting a lot of value with the SentrySafe. 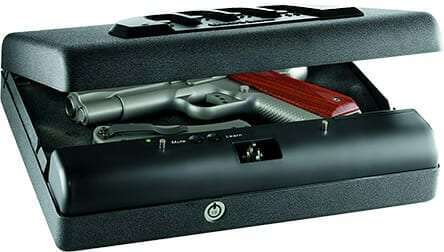 If you are on a tighter budget and biometric access isn’t a must have, then the GunVault is a viable option. With over 12 million possible lock combinations, it is going to do the job and is still small enough to fit under your seat. 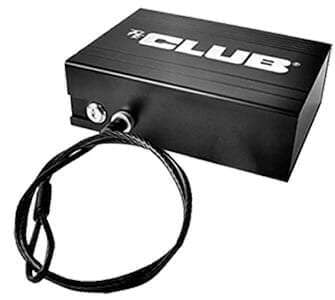 This is the absolute minimum you should be using for gun security in your car. It is lock and key, so you are not going to be able to quickly access your gun, but it will do the job and at a very reasonable price point.

Considering that most states have no laws requiring us to report stolen guns or to lock our firearms when unattended in a car, it is our responsibility to have internal policies that prevent theft and mandate immediate reporting.

During my time at Tigard we had policy in place for securing firearms and even provided our staff with a firearms safe. We found having firm policy in place that is trained and enforced reduces the instances of missing and or stolen equipment, especially firearms. Our issuance of safes further re-enforced the understanding with staff that we were committed to the safeguarding of our firearms.

One issue that will always plague human endeavors, is that all too often the human trait of fear plays a significant role in the reporting of a firearm that is lost or stolen. Some officers will struggle with the perceived ridicule, embarrassment and fear of discipline that often comes with the loss of a duty weapon. To combat this issue, training and policy can go a long way to make the reporting of missing equipment far more palatable to the rank and file.

Establishing a policy and protocol at your department that outlines progressive discipline for losing a gun can help alleviate fear and uncertainty of the consequences. An even stronger disciplinary action for failing to report it missing or stolen will help ensure staff are aware of the easier path to follow. Taking this a step further, make sure you talk about this issue openly with your staff and make it clear that failing to report is a much more severe offense. The bottom line is that cops are human and just like everyone else are going to make mistakes. However, if we talk about it openly we are much less likely to have officers not reporting out of fear.

Hermosa Beach PD conducts an annual internal audit of its armory and has an inventory system in place that tracks serial number and matches them with officers. Since implementing the audit protocol, the agency has not had any guns missing or stolen.

If all agencies across the country were to audit their weapons inventory, it’s possible there would be more guns missing than reported. However, the advantage to having an inventory system is that it allows for you to follow an audit trail and know who the gun was assigned to and what shift or activity it was associated with when it went missing. You can use this data to take the appropriate action to cut down on missing weaponry. 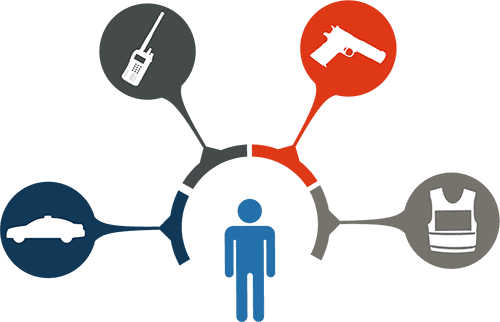 An automated system like InTime allows you to conduct equipment audits not just annually, but every day with the push of a button.

We’ve established a case for auditing and inventory control, but how can you conduct an audit if there is no system in place? Using a paper system is prone to human error and involves time consuming manual processes. An automated system like InTime allows you to conduct audits not just annually, but every day with the push of a button (if you are so inclined).

InTime has an asset management feature that allows you to assign your weaponry and all other assets (patrol cars, Tasers, radio, etc…) directly to an employee or assignment on your schedule. The main benefit is that it is integrated directly with your scheduling, so all your employee and shift information is already there. All you have to do is fire up a report and you will know exactly where all your assets are, and who they’re with. This gives you dramatically better oversight of your department and will enable you to cut down on missing weapons.

Let’s Do Our Part

Whether or not you are upper management you can make a difference in this matter. It starts with taking accountability at an individual level and works its way up to how we approach the system from a department and logistical level.

Cops are human too and we make mistakes. We live in high stress environments and are used to operating with very little sleep and just like everyone else we are prone to error. But, we have an obligation to protect our citizens and if this means being more diligent with our weapons then we have a duty to do so. Let’s start making the change today.